A Partnership with Silicon Valley Technology Companies and Scientists

We link community scientists with first generation college bound students through grants we have received from Agilent Technologies Foundation. As a result of their funding, we have established an on-going program that increases student interest and achievement in science and technology, with an emphasis on students underrepresented in these fields.

Agilent (and subsequently Keysight) scientists have brought hands-on experiential learning to students and their parents, taken students on a tour of Agilent, and created a sense of excitement about the sciences and related careers among students, parents, and teachers. This has helped students develop stronger communication and critical thinking skills which gives them confidence to translate their knowledge to peers and families. In 2013, Agilent split into two companies and now scientists from Agilent and Keysight Technologies continue to mentor our students. 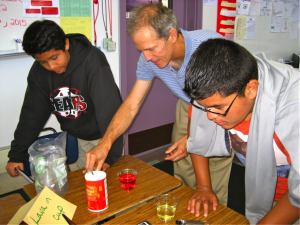 Throughout the year scientists sponsored workshops for middle school students. They brought buckets of ice to illustrate the mammalian diving reflex and how blood is directed to the brain rather than the extremities to preserve life. As students dunked their faces into the ice water, the changes in their pulses were graphed and Excel data sheets created for analyses. Scientists also illustrated the Fibonacci number in mathematics where each subsequent number is the sum of the previous two—a phenomena found in many biological settings such as in the arrangement of a pine cone. Students learned about the scientific method by conducting experiments such as those where they compared the concentration of vitamin C in different types of sports drinks. Following the workshops, students presented their results to the class where several scientists were present for a question and answer session. These workshops have expanded and continued since the initial funding. 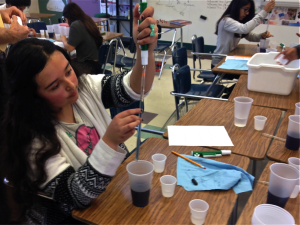 “Thank you for helping me weigh things.”

“Thank you for helping us measure our objects and learn about how to do science.”

“I liked how I can use science to learn if companies are cheating us in our sports drinks.”

“I learned that when you put your face in ice water your pulse changes and after everyone marks the results down in the data sheets, you can find out if students are different.”

“The students have been talking about the experiments all week and keep asking when the scientists can come back. I know they had an impact on several students and have seen a new spark in some that wasn’t there before.  Our tutorial class this past week was filled with lots of good quality science questions. The students really loved the opportunity to talk to and ask questions of real scientists.”

Reaching Out to Parents

The scientists presented an evening science workshop to approximately 50 predominantly Latino parents and students using two of the Agilent “After School Science Kits”—Solar Energy and Invisible Forces. In the Solar Energy Kit each student constructed a vehicle that utilized a solar panel, motor, and other components to power an alternative energy car. Using the Invisible Forces Kit, students experimented with the behavior of magnets, compasses and electricity and “saw” the invisible forces at work. 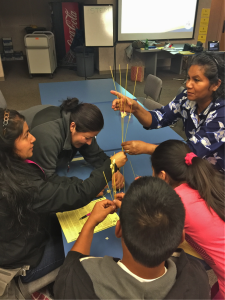 Students spent a morning at Agilent, touring the labs, learning about diverse careers from entry level to professional level, and seeing state-of-the-art technology. Following are some of their reflections:

“By visiting Agilent I learned that even though they had split up into different companies, they all still worked good together. I never thought I would get to visit a company like Agilent and be able to see work environments like theirs.”

“I noticed many different environments. I noticed labs, cubicles, machine rooms, and a small, dark room with magnifying glasses and lots of computers. I would like to work there.” 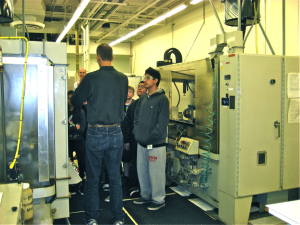 “This company helped me by showing me I am able to go to college and look for a job similar to this.”

“I identified myself with AJ because I am not very good at math and he achieved something that he wasn’t very good at and found a job that was good for him.” 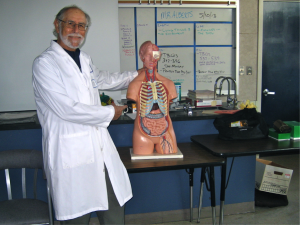 Scientists attended the Graham/Crittenden Career Day and brought examples of tools and instruments they use in their work and met with smalls groups of students for 45 minute sessions. They described their careers, engaged the students in scientific discussions, and explained the need for diversity in STEM careers.